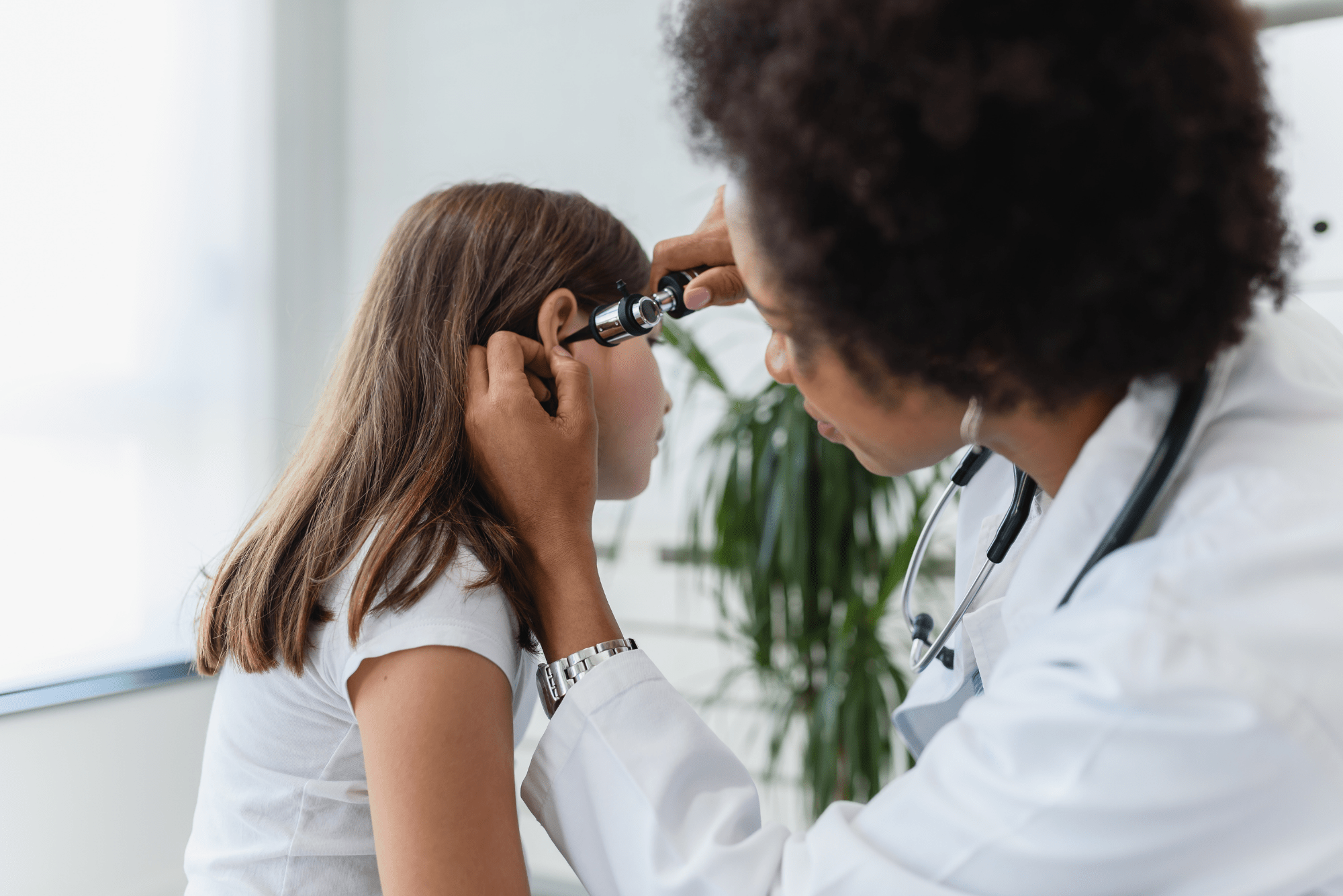 Having a small child sick with a cold is sad enough. But when they tell you their ear hurts, you know your plans for the day have changed.

Otitis media, or a middle ear infection, is awful no matter how old you are. How do you treat otitis media? And better yet, how can you keep it from happening in the first place?

“File:Anatomy of the Human Ear.svg” by Lars Chittka; Axel Brockmann is licensed under CC BY 2.5

A Quick Overview of Ear Anatomy

When we think of our ears, we usually picture our outer ear, the part that’s visible. But the anatomical ear has many more parts than just what you can see in the mirror.

The external ear includes everything you see on the side of your head plus the ear canal. The ear canal leads to the eardrum, also called the tympanic membrane, which is a thin barrier between the outer ear and the middle ear.

An infection of the outer ear is called otitis externa, or swimmer’s ear.

The middle ear is on the other side of the eardrum. Three of the smallest bones in your whole body live here: the malleus, incus and stapes. You may also hear these called the hammer, anvil and stirrup.

A healthy middle ear is filled with air and a small amount of fluid, and it is connected to the back of the nose by a thin passage called the eustachian tube.

The eustachian tube’s job is to equalize air pressure in your middle ear and to allow excess fluid to drain to the back of your nose. But if the eustachian tube becomes blocked, the fluid can’t drain properly and builds up. Also, no air can get through to equalize the pressure.

The fluid buildup from a blocked eustachian tube causes inflammation and infection. An infection of the middle ear is called otitis media.

An infection in the inner ear is pretty rare, but when it happens, it’s called otitis interna, labrynthitis or vestibular neuritis.

Why Do Kids Get So Many Ear Infections?

If you’re a parent, you’re probably familiar with the heartbreaking cries of a small child with an ear infection. But why are young children are so susceptible to otitis media?

The reason is their anatomy. Children have shorter and straighter eustachian tubes than adults. Because their eustachian tubes are more horizontal, their middle ears don’t drain to the nose and down the throat very efficiently.

In fact, their eustachian tubes can even operate in reverse, sending drainage from the nose up into the middle ear!

Children who battle frequent otitis media usually grow out of it around age three or four as their eustachian tubes grow with them. But they’re so hard to console in the meantime!

For children who suffer often from ear infections, ENT doctors can put in ear tubes, or tympanostomy tubes, to help the ears ventilate. These can be removed when the child’s eustachian tubes grow wider and more vertical.

What Are the Symptoms of Otitis Media?

Otitis media can be painful, but it doesn’t always hurt. Many patients complain of feeling pressure behind the ear or a sense of fullness.

The fluid buildup in the middle ear can also cause muffled hearing. Some patients say it sounds like listening under water.

Sometimes, people with middle ear infections can hear fluid sloshing around, or bubbling and crackling sounds in their ear!

While very young children can’t tell you what’s going on, they’ll usually be fussier than normal and they may grab at or tug their ears. This may coincide with a cough or runny nose, but not always.

If too much pressure builds up from air or fluid, the eardrum can rupture. A tear in the eardrum usually causes a few seconds of sharp pain, followed by an immediate relief of pain and pressure. The fluid buildup will usually drain out through the ear canal as well.

The treatment for otitis media depends on the severity of the infection, as well as on what’s causing it. When the infection is caused by bacteria, antibiotics can clear it up pretty quickly.

Most ear infections, though, are caused by a virus and will resolve on their own after a few days.

Some people experience an ongoing accumulation of fluid in the middle ear. Since the nasal passages connect directly to the ear, treating the nose can actually help in this situation. Using antihistamines or topical steroids for a few days can decrease the swelling in the eustachian tube and help the fluid to drain.

If you have middle ear infections repeatedly, it might be time to talk to your doctor about ear tube placement.

Tube placement is a simple procedure that can be performed in your physician’s office or an outpatient surgery center, depending on the patient’s age. An ENT doctor will make a small hole in the eardrum and insert a tiny tube. The tube allows fluid to drain freely out of the middle ear. This is the same common surgery that ENT doctors perform on children with recurrent ear infections.

Because frequent ear infections in children typically resolve within a few years, ear tubes aren’t designed to remain in the body long-term. Most children only need one set of ear tubes, though some need repeat tube placement over the years, depending on their anatomy and other factors.

For adults, a newly developed procedure to consider as an alternative to repeat tube placement is called eustachian tube dilation.

In eustachian tube dilation, your ENT doctor inserts a small balloon through the nose and carefully inflates it to open your eustachian tube. This FDA-approved solution can be a reasonable alternative for adults considering ear tube placement.

How Can I Prevent Otitis Media from Recurring?

One of the most effective methods to prevent middle ear infections is to keep the nose open and clear. This can involve nasal irrigation, blowing the nose, or treating colds and allergies.

This can mean using allergy medications like Claritin and Flonase. It may also involve seeing an ENT doctor for allergy testing and allergy shots.

If you’ve tried these solutions but still suffer from repeated middle ear infections, tube placement or eustachian tube dilation could be the way to go.

Make an appointment with Dr. Scolaro or Dr. Cuthbertson to determine what option is right for you or your child. We treat the entire family, and we look forward to meeting with you!

Disclaimer: The content on this website is written and/or reviewed by a qualified medical doctor and great care is taken to provide accurate general information. However, it is for informational purposes only and is not to be taken as a substitute for medical advice from your own physician who is familiar with the details of your medical history. Always consult your doctor regarding health concerns before deciding any course of medical action.
Recent Posts Can You Hear But Can’t Understand Words? Here’s What To Do5 Tonsillectomy Complications (Plus Who’s at Risk)Balloon Sinus Ostial Dilation: Everything You Need To KnowSalivary Gland Tumors Symptoms and When To Call Your DoctorYes, Sleep Apnea Can Be Cured Permanently — Here’s How
Categories Ear ENT Nose Throat