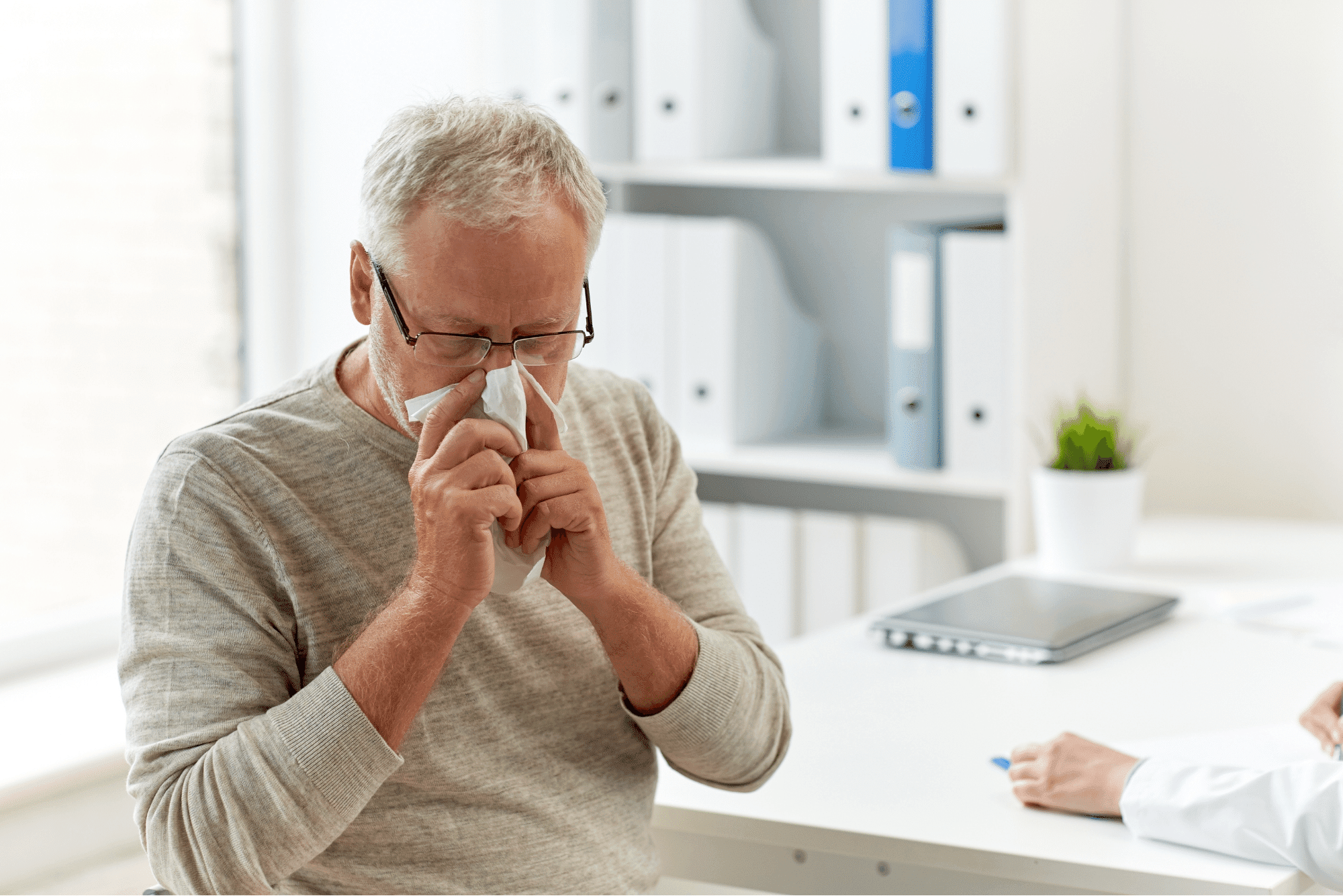 Some health conditions are so rare that most people have never even heard of them. But when you’re diagnosed with one of these conditions, you find yourself wanting as much information as possible!

It’s likely you’d never heard of an inverted papilloma until an ENT doctor told you they suspected you have one.

So let’s look at some basics: what is an inverted papilloma? What causes it? What are its symptoms? How is it treated? And after treatment, what’s the outlook?

What Is an Inverted Papilloma?

First things first! An inverted papilloma is a rare, usually benign (noncancerous) growth inside the nasal cavity or paranasal sinuses. Inverted papillomas are responsible for as little as 0.5% of all tumors that begin in the nose.

The majority of inverted papillomas are noncancerous, but a small percentage (between 5% and 15%) contain squamous cell carcinoma, a type of skin cancer.

If left untreated, some inverted papillomas can become cancerous after several years.

Inverted papillomas are fairly uncommon, and more study is needed to determine the exact causes and risk factors for this condition. Here’s some of what we do know.

The exact cause for an inverted papilloma is currently unknown. Some suggest a possible connection to allergies, chronic sinusitis and viral infections. White men between the ages of 40 and 70 seem to be the most susceptible to developing inverted papillomas.

Other potential risk factors may include nicotine usage, chronic inflammatory illnesses, and an infection with the human papillomavirus (HPV).

Inverted papillomas can be mistaken for recurring sinus infections because of the similarities in their symptoms.

Inverted papillomas can cause nasal congestion, nasal draining or postnasal drip, and a small amount of bleeding from the nose. Other symptoms may include facial pressure and pain, headache and a decreased sense of smell.

Nasal symptoms are usually unilateral, meaning they only occur on the side of the nose with the papilloma.

Many people with inverted papillomas, however, don’t report any symptoms out of the ordinary. In these cases, a doctor usually discovers the papilloma while examining the inside of their nose.

Diagnosis and Treatment of Inverted Papillomas

If your ENT doctor suspects you have an inverted papilloma, they will likely use an endoscope to examine the suspicious structure. They may also take a biopsy so that a lab can differentiate the papilloma from a nasal polyp, and also to determine whether any cancer cells are present. Examination under a microscope is the only definitive way to confirm the diagnosis of inverted papilloma.

The doctor might also schedule you for a CT scan or an MRI to determine the extent of the papilloma and to better visualize what’s going on.

The papilloma must be removed in its entirety to prevent it from continuing to grow. The camera helps to confirm all the papilloma tissue is gone.

Your surgeon may sometimes need to perform more than one procedure in order to remove the entire papilloma. And because inverted papillomas grow inward toward the bone, they sometimes cause more invasive problems and require another surgery to resect the entire area.

Inverted papillomas do, unfortunately, have a fairly high rate of recurrence. Though most instances happen earlier, some papillomas have recurred up to eight years after surgery. For this reason, it’s important to stay in touch with your ENT doctor to watch for signs that the papilloma has returned.

Although inverted papillomas are rare, they can be frustrating for those who deal with them.

Our team at ENT Associates of Lubbock is here to provide evidence-based, compassionate care for those dealing with inverted papillomas or a host of other ear, nose and throat concerns.

If you’re experiencing the symptoms discussed above, reach out today to schedule a consultation with one of our ENT doctors. We look forward to hearing from you!