When to Worry (And Not Worry) About Nosebleeds 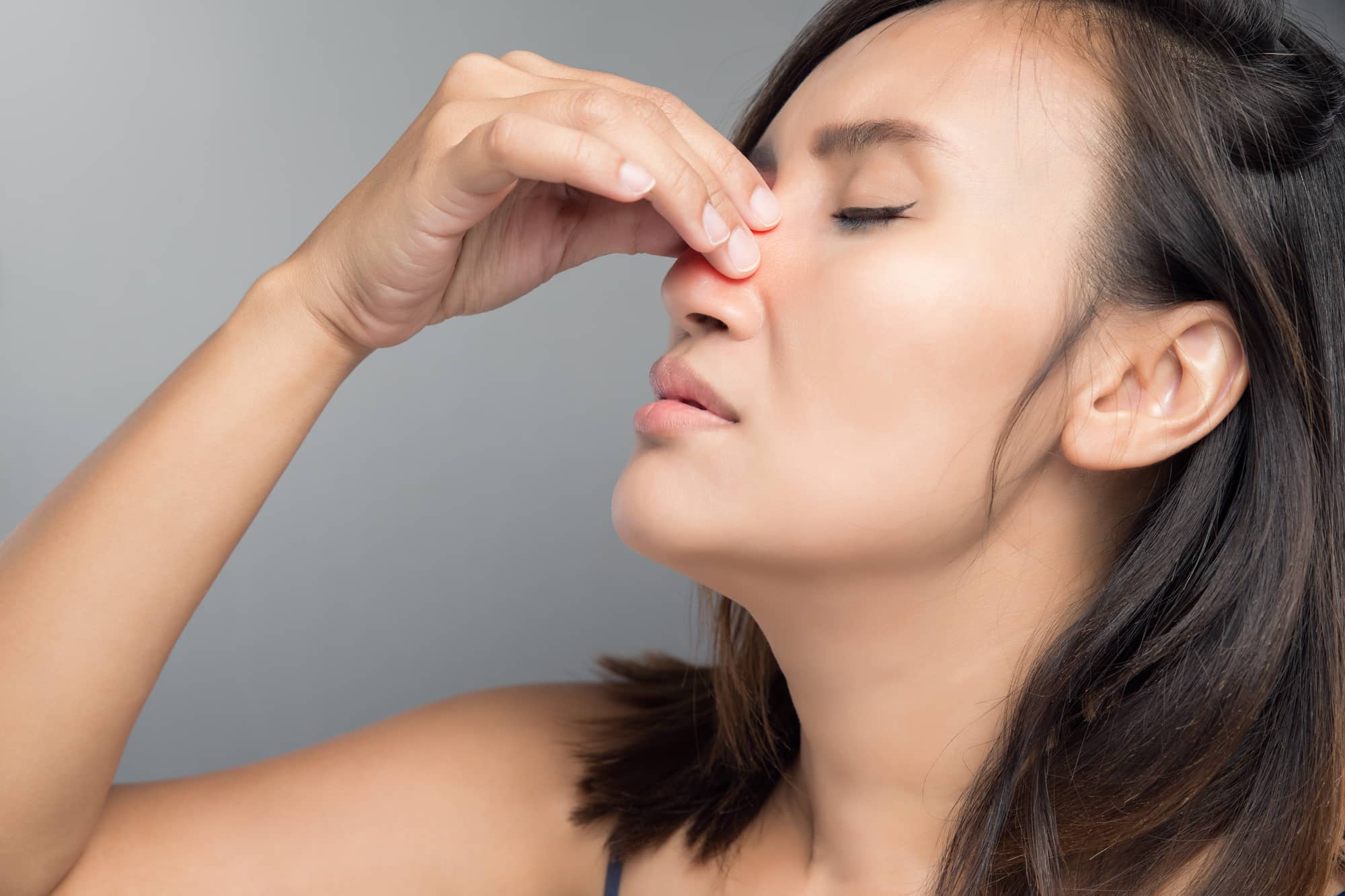 Nosebleeds seem to come at the worst times. No one wants to bleed — especially in public. And when a nosebleed strikes, it can be frustrating to manage. Maybe your nice dinner is abruptly interrupted with a nosebleed. You can’t get it to stop — and now there’s blood everywhere. If you’re lucky enough to make it to a bathroom, it still creates a mess.

Even a short or light nose bleed is frustrating. It ruins clothes, stains sheets, and always requires clean-up.

Nosebleeds are often harmless, but if they happen frequently, you may need to see a doctor. When is it time to worry about nosebleeds — and when is it just an inconvenience?

Here’s how to tell:

What Happens During A Nosebleed

Epistaxis, the medical term for nosebleeds, most often begins from the tissue in the anterior (front) of the nose. Usually, the bleeding comes from the center wall of the nose called the septum.

Multiple arteries intersect at a specific point on the septum called the Kiesselbach’s Plexus. This creates a high concentration of blood supply in one small area. If this area dries out, causing the skin to become chapped and cracked, it can bleed profusely.

Most of us have experienced something similar on our lips. If they’re too dry, our lips crack and bleed. But in this part of the nose, there’s a much higher blood supply, making it bleed much more heavily.

Typically, it happens like this: The skin dries out. The patient rubs, picks, or blows their nose and then, GUSH, nosebleed.

Related: Chronic Runny Nose: At What Point Should You Worry?

In very rare cases, nosebleeds are posterior. This type of nosebleed comes from the large artery in the back of the nose. These will not stop with at-home management techniques (described below). Posterior nosebleeds only stop when a medical professional inserts packing. In some cases, we opt for surgery to cauterize the vessel or we use embolization — where we block the blood vessels from the inside to stop bleeding.

While the reason for a nosebleed is simple (fragile skin was irritated and bled), certain factors definitely increase the likelihood of a nosebleed. In fact, when a nosebleed occurs, you can typically blame one of these five factors:

A dry climate wreaks havoc on the skin. Out in west Texas, we’re no strangers to nosebleeds caused by the climate. Dry air in general, however, can irritate the nose. Even turning the heat on in the winter can make the problem worse.

Picking the nose obviously triggers nosebleeds, but even blowing or wiping the nose due to allergies or a cold can irate the area and initiate a nosebleed.

Flonase and other steroid sprays list nosebleeds as a potential side effect because these medications dry out the nose. To a milder extent, oral antihistamines (like Claritin, Zyrtec, or Allegra) can also contribute to nosebleeds.

Related: When to Worry About Your Lingering Sinus Infection

An injury to the nose, particularly in this area of blood vessels, can easily trigger a nosebleed.

How To Stop a Nosebleed

If your nose begins to bleed, don’t panic. It’s a common occurrence that’s typically solved through a reliable sequence of steps. Here’s what you need to do:

1. Do NOT lean your head back.

Despite what you’ve heard, don’t tilt the head backward. You’ll swallow the blood as it drains back, which can make you throw up.

Crane the neck forward as if you’re about to sniff.

Using your fingers, pinch the soft part of the nose, squeezing the nostrils together. Most often, that’s where the bleeding is coming from. Use enough pressure to barely turn your fingernails white.

Don’t release the pressure. Watch the clock. It can feel like a long time but resist the urge to stop and check before your five minutes is up.

Use Afrin or over-the-counter decongestant spray if the nose is still bleeding after five minutes of consistent pressure. Spray the decongestant directly in the nose, or soak a cotton ball with the medicine and insert the cotton ball into the nose.

Do not use Afrin preventatively. Only use it during an actual nosebleed.

Hold pressure for another five minutes.

You can repeat this 1-2 times if necessary.

In most cases, the nose stops bleeding by this point. However, if it’s still bleeding after several rounds of this process, it’s time to visit the emergency room.

What Won’t Stop a Nosebleed

When you’re dealing with nosebleeds, people try all sorts of quick treatments. But several are completely ineffective.

As you treat your nosebleed, avoid these common mistakes:

How to Prevent Nosebleeds in the Future

When To Worry About Nosebleeds

It’s difficult to distinguish between the inconvenience of a nosebleed — and an actual medical issue. And there’s no perfect answer to knowing it’s time to visit a medical professional to treat your nosebleed.

However, if nosebleeds progress to a point where they regularly disrupt your life, see your doctor. They’ll talk you through the options for treatment and prevention to get your nosebleeds under control.