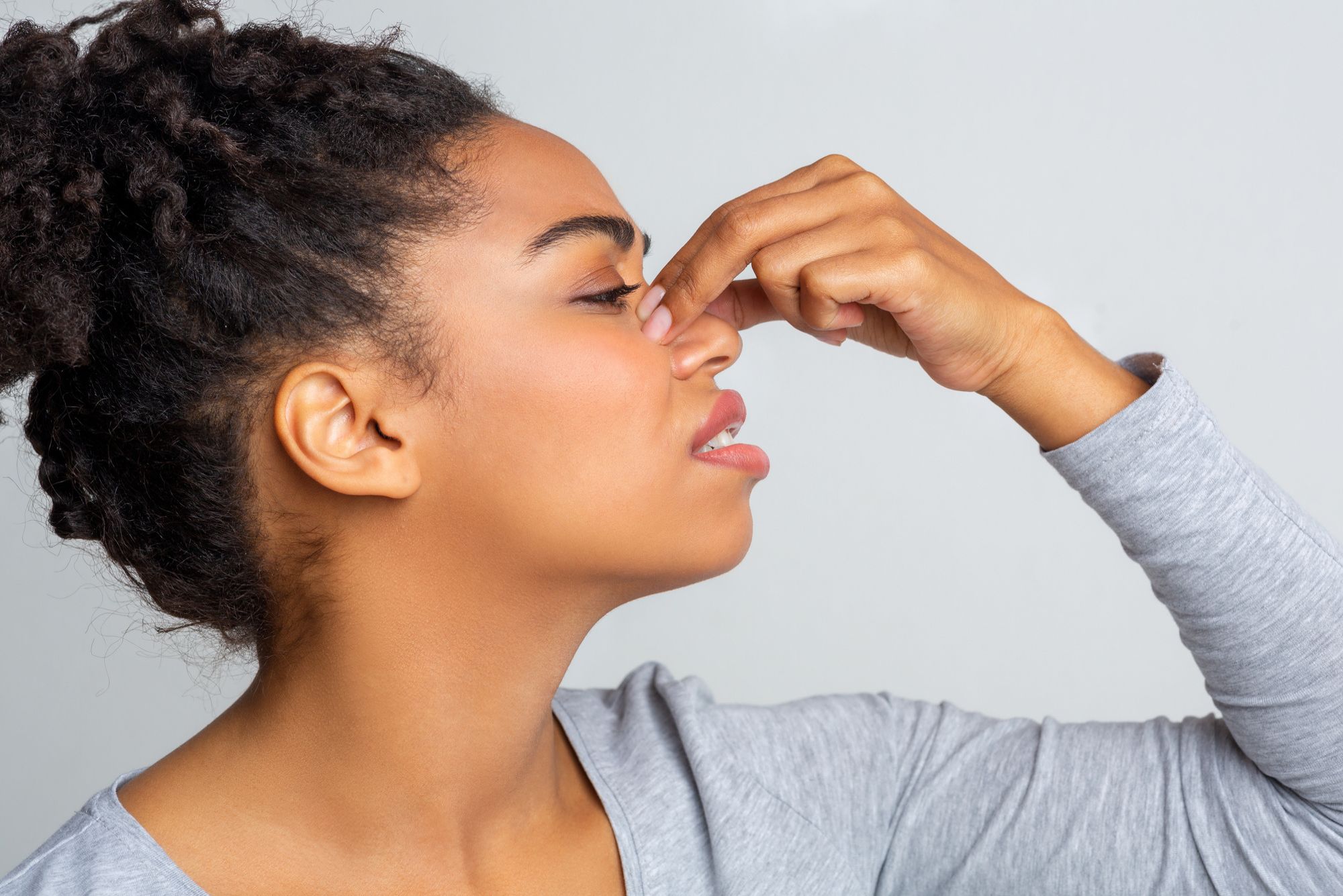 Could you have nasal valve collapse and not realize it?

A nasal valve is essentially the nostril, or the outside part of the nose. Sniff in and look for a ‘collapse’ of those external walls of the nose — that’s the nasal valve. It’s a triangular area that we think of as the outside nostril, made up of the ala and inferior turbinate.

Symptoms of nasal valve collapse can vary. Some people notice their nasal valve is collapsed on a static basis, meaning it stays narrow all of the time and limits airflow regularly. Others notice that their nostrils seem to close when they breathe in deeply during exercise. Patients with any type of nasal valve collapse may experience congestion that seems to stay on the entrance of the nose. However, if they pull their cheek open with their fingers or use breathing strips that pull the outside of the nose, it relieves their specific congestion.

Sound familiar? You may be suffering from nasal valve collapse.

Usually, nasal valve collapse is simply anatomical. It occurs because of how the nose naturally developed. The reason people’s noses look different is because their cartilage forms in different shapes, sizes, positions, and directions. These differences affect more than cosmetic appearance — it also affects function. If there’s not enough supporting structure in the lateral sidewall, it can collapse.

Whatever the cause, not everyone immediately identifies they have a nasal valve collapse. Some people have had it so long, they don’t recognize the symptoms anymore. They’ve become used to the limited airflow over time. In some cases, the collapse has worsened after years of wearing low-sitting glasses, making the change gradual.

In other patients, the minor anatomical issue has become more pronounced through years of growth. As you age, cartilage grows — the cartilage in your nose is no exception. If it becomes more narrowed over time, especially if there’s a slight septal deviation, the collapse worsens.

Allergies can confuse identifying the issue, too. People often visit the ENT assuming, “I must have allergies because I can’t breathe through my nose,” when in fact, a collapsed nasal valve may be to blame.

Treatment for a Nasal Valve Collapse

In the past, our best solution to a nasal valve collapse has been to conduct one of two types of grafts: spreader grafts or alar batten grafts.

In either of these surgeries, we conduct a Septorhinoplasty where we open the nose, take cartilage from the septum, and strategically place it under the surface of the skin to hold the nose open and create more space in the airway. It’s a fairly involved procedure that has to be performed in a hospital or surgery center setting under general anesthesia and requires incisions into the nasal cavity with a lengthy recovery. It is often not covered by insurance and can sometimes be prohibitively expensive.

While this is still may be the best procedure for some, we now have new technology that provides a non-surgical, painless, in-office solution with little to no recovery time!

Vivaer offers a non-surgical approach to strengthen tissue in the nasal valve. Originally developed by plastic surgeons, this tissue remodeling instrument allows us to target the place of collapse with radio frequency heat to strengthen and reshape the tissue.

We start by applying lateral outward pressure to open the valve. Then, we engage the device to alternate heating up the tissue for 15 seconds and cooling it off for 15 seconds in a new position. Through this process, we open the valve and stiffen the valve so it stays open and prevents future collapse. We’re only slightly adjusting the tissue, but this 1-2 millimeter difference in placement is all that’s necessary to significantly improve breathing.

While it’s only been available for a few years, we’ve seen consistent great results with Vivaer and are excited to offer our patients a non-surgical option where previously, there was none.

What to Expect From a Vivaer Treatment

Before the day of your treatment, we’ll prescribe pain medication and an anxiolytic (anxiety-reducing medication) for you to take prior to your appointment. Patients need to arrange for a driver to bring them to the appointment and take them home. Once in the office, we start by numbing the nose, which takes about 20 minutes. The procedure itself takes just 15 minutes to complete. Overall, it’s a well-tolerated, generally painless procedure.

If we’re only conducting a Vivaer treatment, there’s no bleeding following the procedure. If you have Vivaer done in conjunction with another nasal procedure, there may be some slight bleeding. The patient will likely experience crusting at the nostril and congestion for two to three weeks as the tissue heals. We provide ointment for the patient to apply regularly to crusted areas. Patients heal completely within three weeks.

Here’s what a recent ENT Lubbock patient had to say about Vivear:

Difficulty breathing, especially at night, has been a problem for me since I was a young man. In 1999 I underwent a rhinoplasty, which was supposed to help, and on several occasions I have tried a cpap machine. Also, I’ve taken several different medications to reduce allergies and reflux. Nothing had a noticeable effect. I asked my doctors about seeing an ear-nose-throat doctor, but all of them said it would be of no use. I decided to try, anyway, and I made an appointment with Dr. David Cuthbertson.

Dr. Cuthbertson saw me in his office and thoroughly explained the Vivaer treatment. I said I had been complaining about breathing difficulty for decades, so we should try it. I am so happy that I did. Since the procedure I have been breathing much better, and I can simply go to bed and sleep. Sometimes during the day I have to stop and think about the fact that my nose is clear. I know that not everyone will have the same experience, but I would encourage anyone to try it. The discomfort of the procedure is minimal. Dr. Cuthbertson has to be the right guy. He’s an expert, and he’s polite and kind. I’m lucky to have met him and to have had the benefit of his expertise.

To make this option even better, Vivaer is long-lasting. It’s a one-and-done procedure that brings results that should last a lifetime.

If you suspect you’re suffering from nasal valve collapse, give us a call and we’ll see if Vivaer is a solution that will work for you.