Why Thick Mucus Has Blocked Your Nose (Plus What To Do) 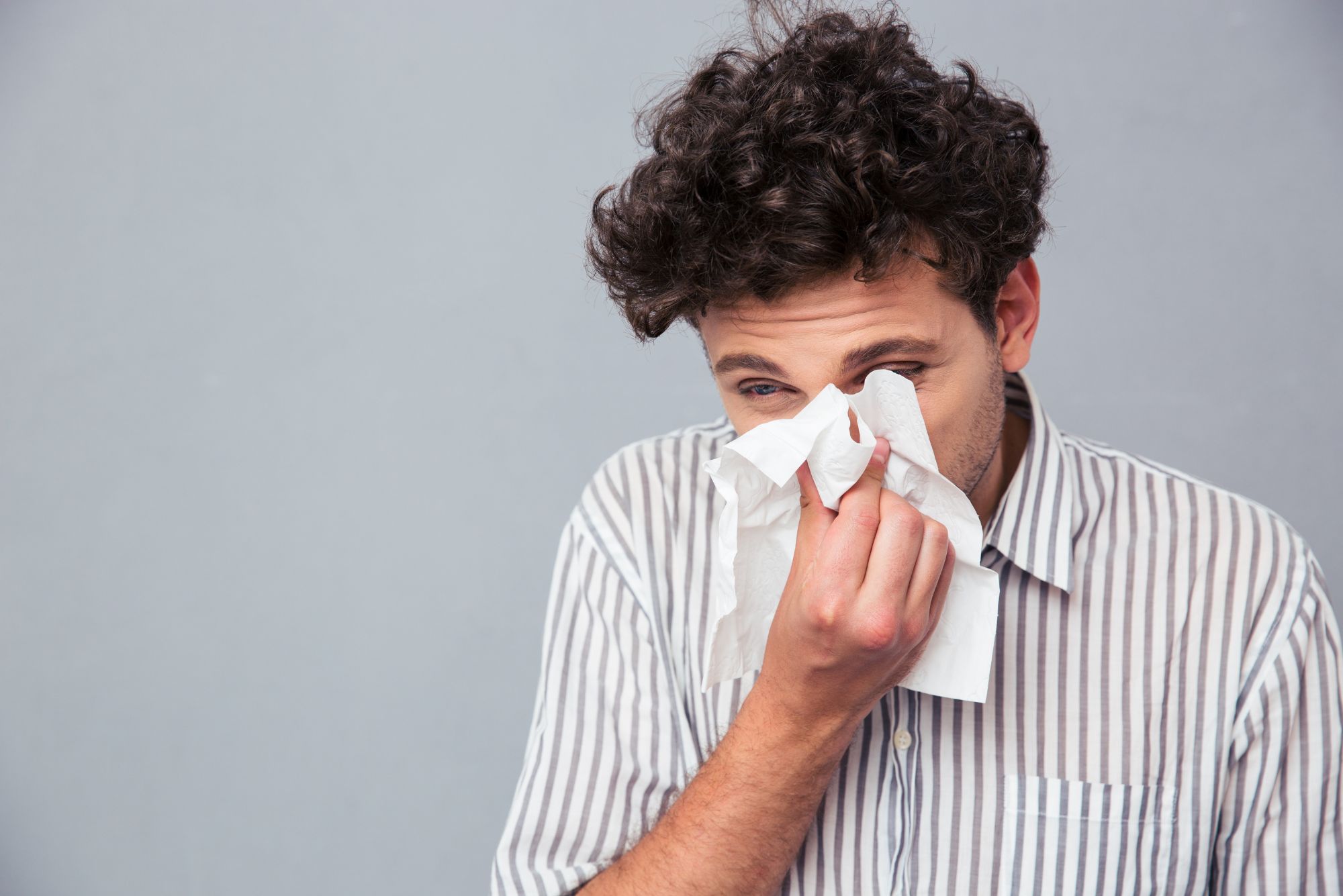 Everyone experiences a stuffy or runny nose from time to time. We’ve all had the unpleasant sensation of being unable to breathe with bad allergies or a cold.

But sometimes these symptoms can become chronic. Frequent nasal congestion from thick mucus and other causes can make daily life miserable. So what do you do when you feel like there’s a huge mucus plug in your nose?

How Does Nasal Blockage Happen?

Even though it probably feels like thick mucus is what’s plugging your nose, this isn’t the only type of nasal blockage. Frequently, swollen nasal tissues are the culprit. Here, we’ll look at some well-known and not-so-well-known causes of both kinds of nasal blockage.

The most common reason for chronic nasal congestion we see in our office is rhinitis medicamentosa. This fancy term simply means that your medication is actually causing your symptoms.

Topical nasal decongestants, like oxymetazoline and phenylephrine, work extremely well to reduce nasal congestion — in the short term. These nasal sprays, drops, and gels are only designed to be used for about three days at a time. If used for longer than that, patients can experience something commonly called “rebound congestion,” meaning their symptoms actually become worse as a result of using the medication.

This kicks off a vicious cycle of further congestion, more topical decongestant use, followed by even worse congestion. This is rhinitis medicamentosa.

Because not everyone knows not to use these nasal decongestants for longer periods of time, we see patients with this condition often.

Environmental allergies are a common cause of nasal congestion. When pollen, pet dander, or mold hit your nose, they can cause severe swelling in your nasal lining and turbinates (small structures that increase the surface area in your nose and humidify the air you breathe). This irritation also leads to excess mucus production as your nose tries to flush out the offending particles.

Combined, this nasal swelling and mucus production can plug up your nasal passageways quickly.

Structural Problems in the Nose

Problems with the structure of the nose can also lead to nasal congestion. A person experiencing nasal valve collapse, for example, will have trouble breathing in, especially during strenuous exercise.

A deviated septum can also lead to nasal congestion. You may not produce excess mucus, but your nose might feel plugged often, especially on one side. This happens because the wall of bone and cartilage in the middle of your nose has deviated to one side or the other.

How Can I Prevent Mucus From Plugging My Nose?

One thing is certain: Whether it’s structures, swollen tissues, or mucus plugging your nose, it’s unpleasant. So let’s take a look at some ways to avoid congestion in the first place.

Don’t Get Hooked on Nasal Decongestants

If you use topical decongestants frequently, make sure you don’t use them for more than a couple days in a row. This will help you avoid developing a dependence on them that results in constant congestion.

Saline spray can also be helpful to hydrate the nose, especially if you have mucus that crusts over and causes blockage. Some pharmacies also sell a viscous, gelatinous form of saline you can spray into your nose to help the mucus move along while providing hydration as well.

Although most saline sprays are formulated with isotonic saline, you can also purchase hypotonic saline solution, which has a decreased concentration of salt. Because this solution contains less salt than your body, your tissues may absorb fluid from the solution, helping hydrate your nasal passages. Hypertonic saline solutions, which have a higher salt concentration than your body, may have the opposite effect, pulling fluid from swollen nasal tissues and decongesting the nose.

If you suffer from seasonal or environmental allergies, treating these proactively with oral antihistamines or topical steroids can go a long way to decreasing nasal swelling and mucus production before they plug your nose.

Drinking more water may seem like an overly simple treatment, but staying well hydrated can help thin the mucus you produce. When you’re dehydrated, your mucus is thicker, stickier, and harder for your body to eliminate.

If your issue is more a constant excess production of mucus than swollen tissues or structural problems, and no other solutions have helped, you might consider a procedure like RhinAer or Clarifix. These procedures deactivate the overactive nerve at the back of the nose that stimulates excess mucus production.

How Can I Treat Mucus Buildup?

If you’ve been unable to prevent thick mucus from plugging up your nose, we suggest you start with saline nasal irrigation and staying well hydrated to thin and flush out the mucus buildup.

Additionally, if you’ve been using a topical decongestant, such as a nasal spray like Afrin, for more than three days, stop use immediately. The rebound congestion will go away; it may just take one to two weeks.

If you think your congestion results from allergies, an over-the-counter antihistamine is your next step. If this doesn’t work, it’s probably time to call in a professional!

When Should I Call a Doctor?

What if you’ve kicked the decongestant habit and tried all the over-the-counter antihistamines and saline irrigations with no success? At this point, it’s time to contact your ENT doctor or allergy specialist. They can evaluate your nasal congestion to determine its source and how best to approach treatment.

We always attempt medical treatment first, which could involve further over-the-counter remedies or prescription medication. If that doesn’t work, we also have the option of surgical procedures, such as VivAer for nasal valve collapse or septoplasty for a deviated septum.