Turbinate Surgery vs. VivAer: Discover Which Is Right for You 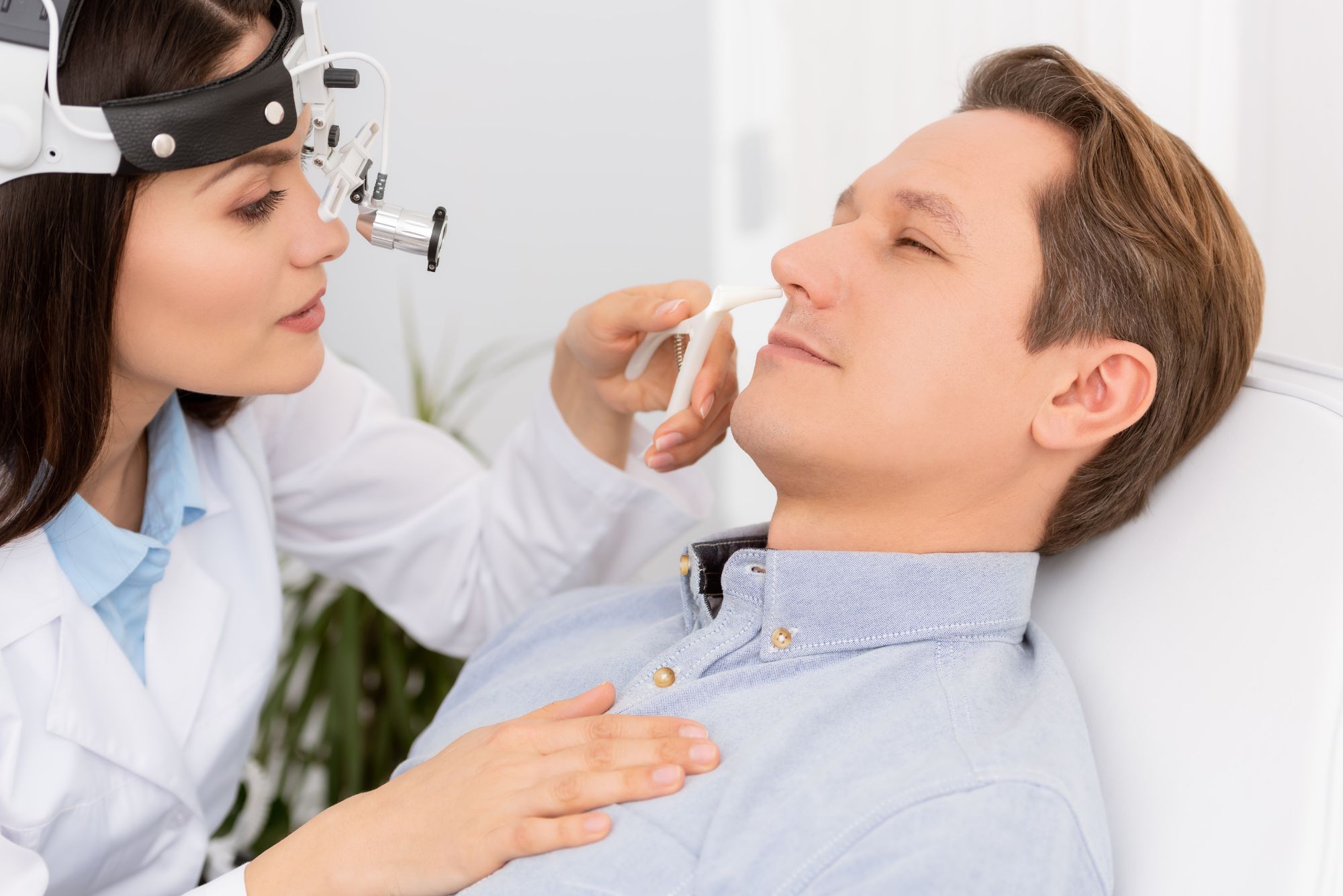 When it comes easily, we take it for granted. But when something gets in the way of your ability to breathe, it affects every aspect of your life.

In this post, we’ll look at two common surgical options for nasal blockages: VivAer and turbinate surgery. We’ll discuss what they are, which could benefit you, and whether or not these procedures can be performed together.

Your nasal valves, or nostrils, are the openings of your nose. They’re made up of your septum, your nasal sidewalls, and your inferior turbinates.

Nasal valve collapse has a variety of causes, most of which are anatomical. If there’s not enough cartilage present in the sidewall of the nose, the sidewall can collapse in on itself with little provocation. Sometimes wearing glasses that sit too low on the nose can squeeze the nasal valves, and sometimes our inferior turbinates can become inflamed, blocking airflow.

Depending on the cause of your nasal valve collapse, turbinate surgery or the VivAer nasal remodeling procedure could be good options to explore.

The nasal turbinates are small, bony ridges covered by soft tissue in your nose. Each person has three sets of turbinates: superior turbinates, middle turbinates, and inferior turbinates. These shelf-like projections increase the surface area inside the nose, cleaning, warming, and moisturizing inhaled air before it passes down into your lungs.

Sometimes this swelling resolves with home remedies like topical steroid sprays. But when these measures fail, turbinate surgery can be a great option.

Submucous Resection of the Inferior Turbinates

Years ago, surgeons might have partially or fully removed a chronically swollen turbinate. However, since the turbinates serve an important purpose, this isn’t a fantastic method.

Instead, today we perform something called a submucous resection of the inferior turbinates. During this procedure, the surgeon creates a tiny incision, about one sixteenth of an inch long, in the front of the inferior turbinate. They then insert a tiny instrument called a microdebrider to remove the excess tissue. It’s a little like liposuction for the inside of the nose.

This process decreases the size of the inferior turbinates by several millimeters without decreasing the surface area of the nasal lining — so the turbinate can still do its job. Less tissue in the turbinate means less swelling, which translates into better airflow through the nose!

While turbinate surgery addresses the problem of swollen inferior turbinates that block the nasal passages, VivAer gently and permanently reshapes and widens the nasal valve to remove any obstructions.

Using low-temperature radio-frequency energy, VivAer heats the nasal tissues via a small wand, allowing your ENT surgeon to apply a small amount of pressure to reshape the area. The sidewalls of the front of the nose then retain their new shape, allowing you to breathe in without troublesome nasal valve collapse.

Much like submucous resection of the inferior turbinates, VivAer is performed under local anesthesia in a physician’s office and can similarly expand the nasal airway by several millimeters.

Some people notice an immediate change in their breathing after VivAer. However, like any procedure, VivAer can also cause a bit of nasal swelling, so it may take four to six weeks to see the full benefits of the procedure. At ENT Associates of Lubbock, about 90% of our VivAer patients experience significant improvement in their nasal breathing.

Turbinate Surgery vs. VivAer… vs. Both: Making Your Decision

If you’ve found yourself researching both of these procedures, you might be wondering which surgery is right for you. After all, both procedures address the same issue (nasal airway obstruction) from different angles.

The first step in choosing a procedure is to speak with your ENT surgeon to determine what’s causing your nasal obstruction. If it’s solely due to turbinate swelling, for example, then you have your answer.

In other cases, both procedures might be appropriate. Nasal valve collapse and airway obstruction can result from issues with both the sidewall of the nose and the inferior turbinates.

The good news is that these surgeries pair beautifully together. Both procedures are quick, can be completed in your ENT physician’s office, and don’t require any splinting or packing in your nose. They both have incredibly high success rates as well.

One major benefit of seeing an ENT experienced in both turbinate surgery and VivAer is for people with a deviated septum.

An experienced surgeon can take a more conservative approach to dealing with a deviated septum, especially if the condition is on the milder side. By widening the nasal airway through turbinate surgery, VivAer, or both, some people can avoid a septoplasty altogether. This has several benefits:

Talk With Your ENT Doctor

Both a submucous resection of the inferior turbinates and VivAer can be incredibly helpful, effective procedures for dealing with nasal airway obstruction. And if you need both, you can get both. The most important thing is to talk with your ENT surgeon to find the source of your nasal issues and determine the treatment that will be effective for you.

Disclaimer: The content on this website is written and/or reviewed by a qualified medical doctor and great care is taken to provide accurate general information. However, it is for informational purposes only and is not to be taken as a substitute for medical advice from your own physician who is familiar with the details of your medical history. Always consult your doctor regarding health concerns before deciding any course of medical action.
Recent Posts Can Sleep Apnea Kill You? A Doctor’s PerspectiveHow To Have a Quick and Comfortable Septoplasty RecoveryWhat Level of Hearing Loss Requires a Hearing Aid?The 3 Types of Thyroidectomy ExplainedTurbinate Surgery vs. VivAer: Discover Which Is Right for You
Categories Ear ENT Nose Throat