6 Common Nasal and Sinus Issues and How To Identify Them 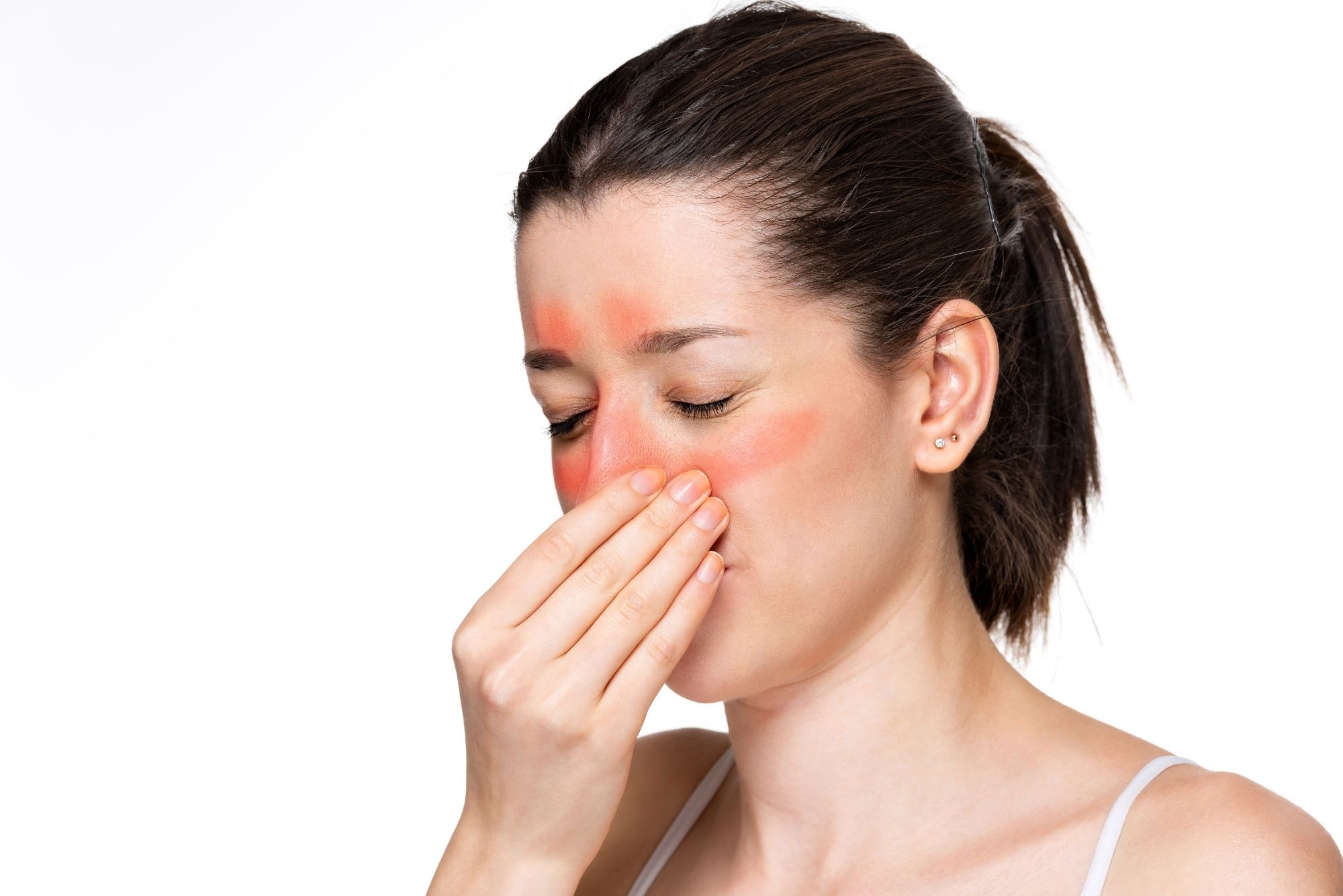 Your nose is an infection-fighting machine.

It’s a self-cleaning organ with mucus and hair cells that trap and push out the bacteria and debris from your environment. It’s a filter between you and the outside world.

But sometimes, that filter gets into trouble.

When the nose and sinuses are functioning properly, you don’t really need to do much to care for them. Maybe you find an occasional saline sinus rinse helpful, but other than that, things work well on their own.

But the nose and sinuses don’t always function properly, and this can give rise to a number of nasal and sinus issues.

6 Common Nasal and Sinus Issues and How To Identify Them

The nose and sinuses are small parts of the body that can cause big problems. Let’s take a look at six of the most common nasal and sinus issues.

Allergic rhinitis is also sometimes referred to as hay fever or seasonal allergies.

Your immune system’s job is to fight off pathogens that try to enter your body from the environment to prevent them from causing an infection. But sometimes your immune system flares up at inappropriate times, misidentifying a piece of dust or pollen as a dangerous threat to your health.

Allergic rhinitis occurs when the mucosa that lines the inside of the nose becomes thick and swollen in response to this perceived threat. The nose tries to get rid of that pollen with mucus production, which produces the congestion and drainage so many of us are familiar with.

People in all different parts of the world suffer from allergic rhinitis. Here in the West Texas panhandle, we have our own unique allergens. The dust storms, cotton, ragweed, and tumbleweeds can send our immune systems into overdrive, wreaking havoc on our nasal mucosa.

Sometimes nasal swelling from allergies or a viral infection blocks off the opening to your sinuses. When this blockage lasts long enough, mucus and bacteria become trapped, continuing to build up in the sinus cavities.

Sinus infections cause thick drainage, headache, nasal congestion, and facial pain and pressure. You might also experience a fever or fatigue. Sometimes, if a sinus infection lingers long enough, it can even drain down into the lungs and lead to bronchitis.

Although some sinus infections resolve successfully with home remedies, others may require antibiotics.

Vasomotor rhinitis is when the nose just drips and drains on its own.

In people experiencing vasomotor rhinitis, an overly excited posterior nasal nerve sends abnormal signals to the nose, causing excess mucus production. Sufferers then experience either postnasal drip or a runny nose with no apparent cause.

The wall of cartilage and bone that divides your nose into two halves is called the nasal septum. The septum is usually straight, but it can sometimes deviate to one side, becoming a deviated septum.

An ENT surgeon can treat a deviated septum surgically with septoplasty.

The nostrils have another, lesser-known name: the nasal valves.

When some people breathe in deeply, the external wall of one or both of their nasal valves caves in. The nose just collapses in on itself and hinders breathing. This is nasal valve collapse.

The primary symptom of nasal valve collapse is difficulty breathing in through the nose. Sometimes a nasal valve remains collapsed all the time, causing constant breathing trouble, and other times it only collapses during intense exercise or exertion.

While a healthy immune system can usually clear this problem, people with immune deficiencies can’t fight it off so easily. This obstruction can lead to production of extremely thick mucus, and the fungus stays trapped in the sinuses with the mucus.

It’s almost impossible to get rid of all the fungus and thickened mucus without surgery to clean out the sinuses.

If allergic fungal sinusitis, or any kind of chronic sinusitis, goes untreated long enough, it can lead to the formation of a mucocele. A mucocele occurs when the mucus is unable to drain for so long that it builds up and puts enough pressure on the sinuses to begin remodeling the bone structures. This can result in facial deformities, even eroding through the skull and eventually into the brain.

This is a rare complication of untreated chronically blocked sinuses.

Disclaimer: The content on this website is written and/or reviewed by a qualified medical doctor and great care is taken to provide accurate general information. However, it is for informational purposes only and is not to be taken as a substitute for medical advice from your own physician who is familiar with the details of your medical history. Always consult your doctor regarding health concerns before deciding any course of medical action.
Recent Posts A Surgeon Explains Deviated Septums & Sleep ApneaHow Often Should You Get Botox Touched Up?Sudden Hearing Loss in One Ear: Causes and Treatments6 Benefits of That Botox Treatment You’re ConsideringWhat You Need to Know About Asthma and Sleep Apnea
Categories Botox Ear ENT Nose Throat Uncategorized